When delays on a construction project result in disputes, it is not uncommon for each party to attempt to use concurrent delays as a defense against the opposing party’s delay damages. Proof of delay has continually evolved as a result of sophisticated owner requirements and advances in computer technology. In this author’s experience, owners often cite concurrent delays by the contractor as a reason for awarding an extension of time without compensation. Contractors’ claims, on the other hand, usually omit the concurrent delay from the claimed delays in order to claim for prolongation cost stemming from the owner delays and to prevent the exposure to liquidated damages.

An astute project manager should know all requirements for notification related to construction delays. One should determine if the project specifications cover the use of critical path method (CPM) schedules. The first step is to check all contract documents with regard to delays. One should know what the timeline is for notifying the architect and owner about delays. Also, consider whether the delay allows for compensation in money or only time. Project managers should also know the doctrine of concurrent delay.

What are concurrent delays?

Before reviewing the legal foundation of the doctrine of concurrent delay, it is helpful to establish a definition of the term “concurrent” as used in this context. While “concurrent” has various connotations, it is generally understood to mean:

You May Also Like  Manage your own construction project (part two)

Applied to construction delays, the concept of concurrency has generally been understood as follows: effects are concurrent when their respective causes, whether simultaneous or sequential, operate or have their effects simultaneously upon a single activity or phase of contract performance. In contrast, effects are segregable when they are non-concurrent or can be quantified discretely by probative evidence. Effects are non-segregable, or inextricably intertwined, when they cannot be quantified discretely by probative evidence.

Simply put, two causes of delay are generally considered concurrent when they both independently cause delay to the same CPM schedule period at the same time.

An assiduous project manager should critique each monthly CPM update and review all daily reports to examine any and all concurrent delays.

The following documents have a bearing on concurrent delays:

From a historical perspective, the formation of concurrent delay as a tool to resolve competing construction delay claims was not isolated from the broader terms of more detailed apportionment and results-oriented decision-making of the early 20th century. During this time and throughout the latter part of the century, the law of torts, for example, underwent a radical shift toward more complicated apportionment theories in opposition to strict all-or-nothing rules that disfavored claimants. The early formation of concurrent delay doctrine was influenced by the seminal decision of Jefferson Hotel Co. v. Brumbaugh in 1917 in Richmond, Virginia.

There are a variety of factors to consider when performing forensic schedule analysis in order to see the entire picture. Generally, when using CPM, the reviewer would analyze the start/finish dates of activities between two schedule updates. This allows the reviewer to quantify a loss or gain of time. Using CPM, all other paths should have a higher total float in relation to the longest path when the schedule is entirely interconnected. Once you become adept at identifying the critical path and how it changes from update to update, you can analyze that performance to project an estimated new completion date based on current progress versus the planned baseline schedule.

A schedule network analysis is often a required element of a time extension request and proof  of delay. The current techniques of time impact analysis (TIA), forensic schedule analysis, and documents that include the monthly CPM schedule have made it possible to segregate delays and apportion the time to the appropriate party. These techniques illustrate the interrelationships of the flow of work and, thus demonstrate the cause or causes of the delay. The contemporary as-planned CPM schedule, the periodic updates, and the update process are significant components of CPM schedule network analysis.

All contract parties should also be aware of and up-to-date on the use of the TIA method related to delay claims on construction projects. By employing TIA, managers can:

Methods to determine construction delays have evolved. The author recommends project managers and contract administrators use time impact analysis and forensic studies to manage and quantify concurrent delays, given the project schedule’s significant impact on both project controls and claims resolution. 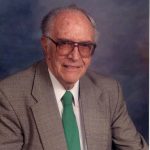 Norman F. Jacobs, Jr., CSI Emeritus, PMI, SAR, ASPE, CPE, AACE, IIE, formed Jacobs Consultant Services in 1981 to provide a variety of construction services including cost management, schedule control assistance, project management, and claims preparation and negotiation. Prior to this, Jacobs provided design-build, construction management, and general contracting services for more than 30 years in a variety of capacities, ranging from estimator to president and board member. He has chaired Virginia’s Associated General Contractors (AGC) Documents Committee, has presented seminars on construction legal subjects with the Virginia Bar Legal Committee, and is a past-president of the CSI Richmond Chapter. Jacobs can be reached at jcscpm@aol.com.