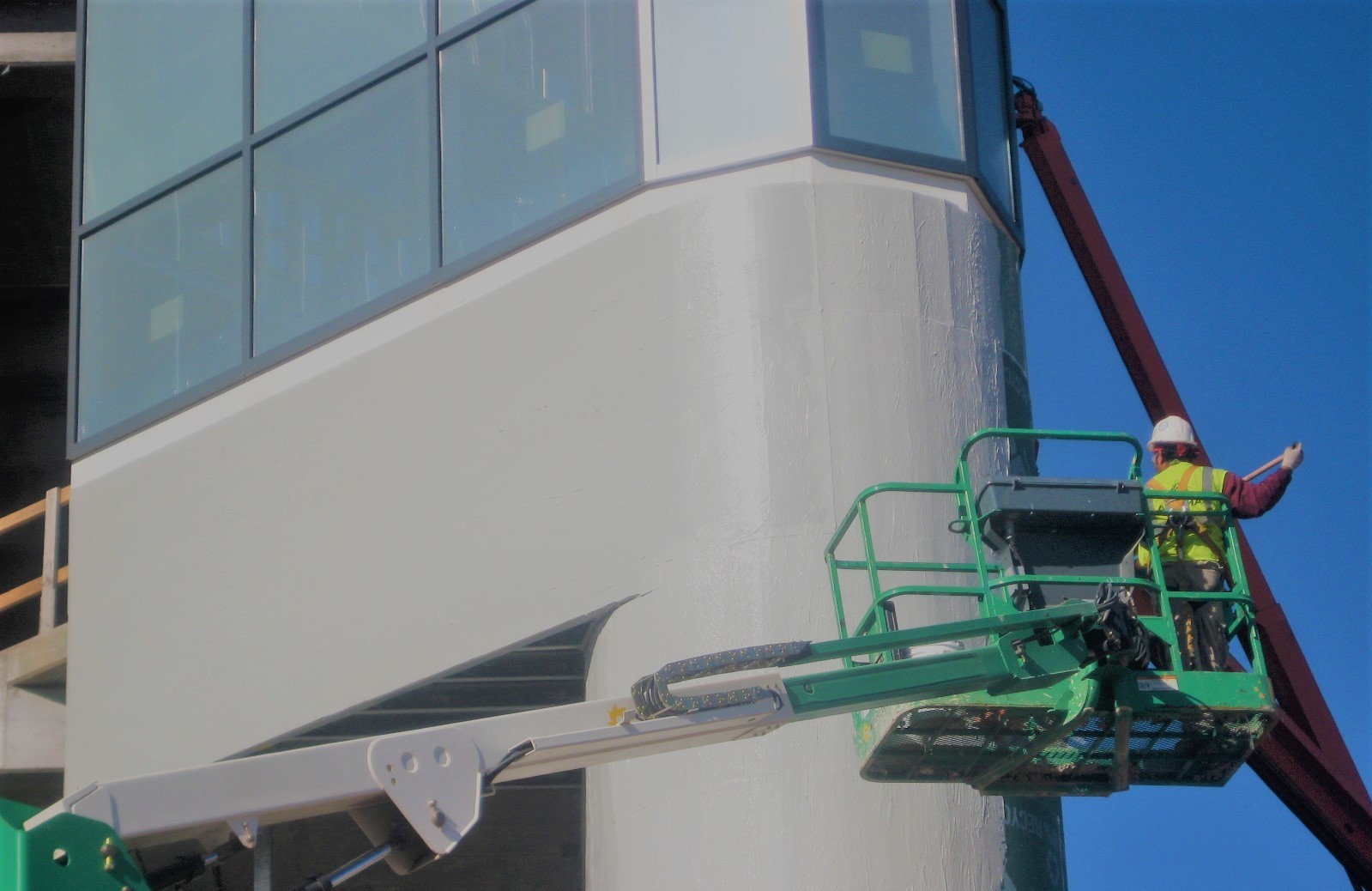 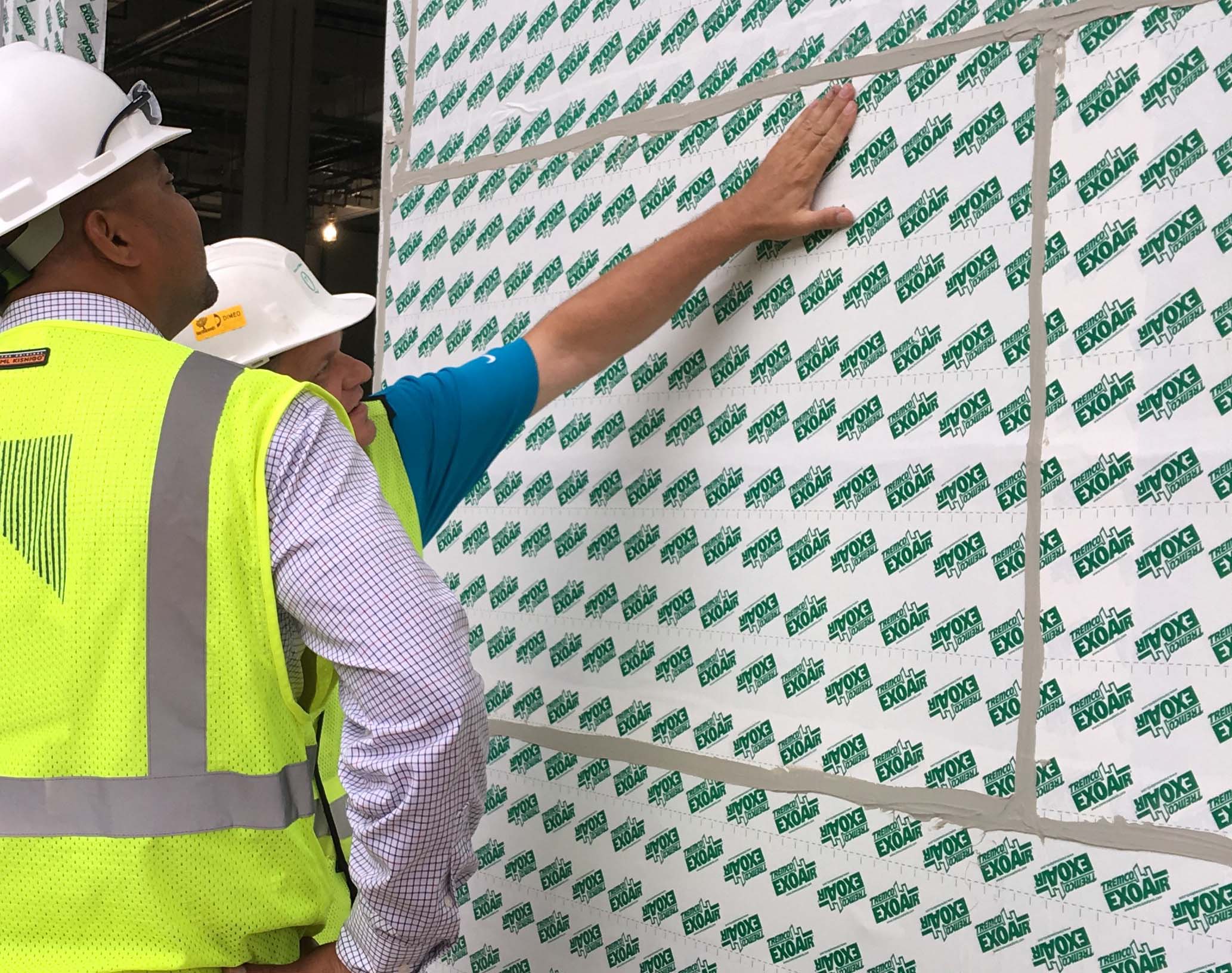 Leaving a legacy often requires fortitude of purpose and character that only the best among us can realize, regardless of pursuit. In athletics, the pinnacle of success is that of an Olympic gold medalist, a champion among all. In construction and design, legacies may not be as easily quantified but once the truly spectacular is achieved it is hard to ignore.

When the new U.S. Olympic Museum and Hall of Fame in Colorado Springs, Colorado, opens to the public in 2019, it will undoubtedly add to the legacies of design architects Diller Scofidio + Renfro (DS+R) and general contractor GE Johnson Construction Company, the construction manager for this complex structure.

“The incredible architecture we are delivering is challenging all of us to think beyond boundaries,” says GE Johnson superintendent Tim Redfern, an industry veteran of more than 25 years. GE Johnson is tasked with assembling an intricate, exceptional structure. The design incorporates a unique cladding system composed of some 9000 metal petals to give the new museum a distinctive, metallic exterior shell.

DS+R’s design for the U.S. Olympic Museum takes athletes as inspiration. The design idealizes athletic motion, twisting and stretching its spaces—galleries, auditorium, and administrative—centrifugally around an atrium. Arriving at ground level, visitors are whisked to the top of the building by elevator where they are greeted by a grand view of snow-capped Pikes Peak. Visitors gradually spiral down through the museum’s series of loft galleries. The folded planes of the building’s superstructure create helical volumes of space circling the atrium. Dissected by the structure and connected by a continual downward ramp, perched floor plains populated with interactive galleries will memorialize the accomplishments of U.S. Olympians.

The 5574-m2 (60,000-sf) museum honors the ideals, and documents the history of, the United States Olympic and Paralympic movements. The building includes interactive exhibit spaces, a state-of-the-art theater, a gift shop, a café, and even a broadcast studio.

GE Johnson’s Redfern says the dynamic building form defies typical construction. The design’s diverse elevations call for 15 independent concrete slab-on-metal deck elevations, scaling just four stories of construction with no two planes running parallel for long. Structural tolerances are very tight, becoming even less forgiving as the structure goes up—the opposite of most builds. The exterior frame tolerance is 50.8 mm (2 in.), while interior frame tolerances are only 6 mm (1/4 in.), with just 3 mm (1/8 in.) of deflection. Controlling precise placement of every piece of an intricate puzzle like this museum is a process that can only be accomplished through a spirit of continuous improvement.

“Normally, once you have things figured out, construction becomes routine,” says project manager John McCorkle. “I do not see that happening here. We are continually questioning how we do things. The ingenuity of this structure demands constant collaboration with designers, builders, fabricators, and installers. Everyone will be learning all the way until the end.”

Using a 3D point cloud
The U.S. Olympic Museum project is being executed through the construction manager/general contractor (CM/GC) delivery method. In this method, the architect and contractor are married together in preconstruction but remain independently contracted by the owner. CM/GC enhances collaboration between designers and builders, compelling them to work in synchronicity. Where design intent, scheduling, constructability, or cost collide, the team must emerge with achievable specifications.

GE Johnson is pre-thinking and rethinking every move in this project by incorporating a 3D point cloud, providing an accurate digital record of physically intangible space. All subcontractors are required to use the point cloud to develop approvable shop drawings. The point cloud is integrated with building information modeling (BIM), which draws from several computer-aided design (CAD), graphics, engineering, and manufacturing programs, along with the discipline-specific platforms of a variety of different subcontractors. The structural system designer-manufacturer and manufacturer of the aluminum petals both use specialized software that had to be synchronized with typical vertical building modeling and civil engineering.

Integrated work plans developed with subcontractors define every aspect of each construction activity, covering who, what, when, and where. Most importantly, plans detail how each piece is assembled, verified, and validated for accuracy against the overall model as tasks are completed. Going beyond typical clash detection, GE Johnson’s fully detailed steel fabrication model allows the clearances of each structural framing member to be independently checked to make sure the design’s distinctive shell of diverging planes and scaled metal skin reads as intended.

You May Also Like  Modernization and minimal maintenance with exterior cladding

The museum’s unique exterior skin aptly echoes the intricate precision of purpose and combination of expertise required to succeed at the Olympic level. The façade will be covered in more than 9000 individual diamond-shaped anodized aluminum petals. These interlock to form a single, beveled surface with integrated drainage channels. In total, an estimated 27,000 anchor points will attach the exterior wall sections to the structural frame. The specific details of every panel—from backing materials to sheathing and waterproofing—will all be independently analyzed within the model because it seems almost every petal is either uniquely shaped, placed, or attached. GE Johnson selected specialized subcontractors who had previous experience with similar configurations to handle the unusual building materials and intricate assembly processes.

Early in the problem-solving process, GE Johnson worked with DS+R, architect of record Anderson Mason Dale, and structural engineer KL&A on refining the micro-framing system attaching exterior wall sections to the structure. To address the complex subframing of the skin and ensure it was buildable, GE Johnson and the team decided to work in a design-assist collaboration with a company having extensive experience in curved, cold-formed steel framing. Through continual collaboration, the team was able to optimize wind-girt supports, which increased certainty and repeatability in installation while also decreasing costs overall.

Identifying components within wall sections that can be prefabricated offsite, like the micro-framing system and laser cut framing plates, increases quality control and supports repeatable processes during construction.

Even as the structure reached its highest elevation and the last structural steel beam for the exhibit area was placed (in April 2018), preconstruction activities continued. For the specialized subcontractors developing the sequence for efficiently attaching the exterior skin to the structure, the full-scale exterior wall section mockup being erected onsite has great value. The 6 x 6-m (20 x 20-ft) mockup wall section is expected to require more than 1000 labor hours to assemble and will likely cost in excess of $150,000 to build. Eight different subcontractors must delicately interlace their work through a maze of structural framing, light-gauge framing, waterproofing, drainage, glazing, and aluminum panels. Each component is individually numbered indicating where, how, and to what it attaches, like a giant model. Each placement can be checked against the point cloud to verify accurate alignment.

The air handler is a low-speed, high-volume unit. The large size dictated a basement placement, which necessitated installing the unit before the structural steel for level one was erected. Once installed, this unorthodox situation left the massive (and expensive) unit unprotected from the weather until the floor above it could be dried in. Complicating matters, structural engineering indicated the concrete floor slabs across the building’s many elevations should be poured from the top down to deflect loading. Waiting until the museum’s 15 elevations were poured and cured would have greatly extended the exposure period for the mechanical system, presenting significant risk, and an extremely difficult situation to rework if the unit was damaged. The owner and design team were advised to install terrazzo on the first-level floors in lieu of stained concrete so floor placement could be moved up in the schedule, increasing protection for the AHU and equipment below.

Placing the AHU first also required fireproofing the basement before setting structural steel, one of several conditions which made multiple mobilizations of key trades likely throughout construction.

Conclusion
“We have been empowered to use ingenuity to solve complex challenges at every turn on a very, very cool building,” says Redfern. “GE Johnson is using anything and everything we can to build this right.”

Sean O’Keefe has more than 18 years of experience articulating the complexities, challenges, and camaraderie of construction and design. He writes built environment stories for owners, architects, builders, and product manufacturers. O’Keefe can be reached at sean@sokpr.com.