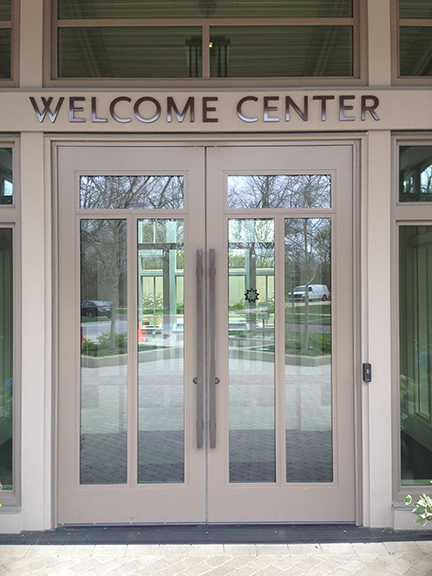 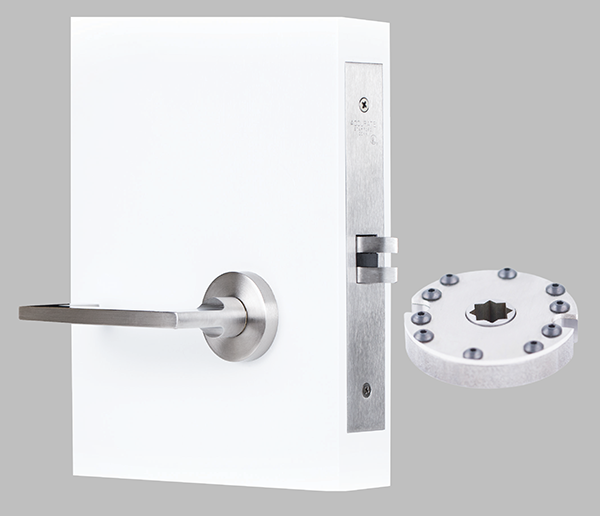 Implications for parking structures
The primary cause of accelerated corrosion in parking structures is the introduction of chloride-containing compounds into the concrete. Unlike other building types, parking structures are exposed directly to the elements. Further, vehicles may track de-icing salts from roads and driveways into the garage during winter, where they collect on concrete decks. Poor drainage exacerbates the problem by allowing water to pool, concentrating dissolved salt and accelerating deterioration.

De-icing chemical damage
The most common de-icing material is rock salt (i.e. sodium chloride), which is extremely corrosive to steel and destructive to concrete. Calcium chloride is a more effective de-icing chemical that tends to be less damaging than rock salt, but it is still a corrosive compound. Potassium chloride and magnesium chloride are better options, but they are only effective down to about −15 to −12 C (5 to 10 F), as compared with the −30 C (−20 F) minimum temperature for calcium chloride. To reduce the amount of de-icing chemical needed, property owners should apply grit/sand to increase traction, and consider a preventative application of the ice-loosening chemical calcium magnesium acetate (CMA), which does not contribute to chloride contamination.

As chloride-containing de-icing salts accumulate on parking deck surfaces, the variation in chloride ion concentration from the top to the bottom of the slab establishes a difference in electrical potential between the upper and lower rebar mats, leading to corrosion.

Progressive deterioration
Once corrosion is underway, the increase in volume from rust accumulation creates sub-surface delaminations in the concrete, as the force of expanding reinforcing steel puts stress on the surrounding material. Eventually, these forces are great enough to push off the outer face of the concrete, causing spalls to fall away and expose the reinforcing steel to further corrosive elements.

You May Also Like  Inaugural UHPC symposium heading to Iowa

Not only are the resultant uneven surfaces unsightly, but they also serve to weaken the parking structure’s structural capacity. As the reinforcing bar corrodes, it loses cross-sectional area, making it weaker and prone to breakage. The longer corrosion is allowed to persist, the more hazardous the situation becomes, until eventually the parking structure may become unstable. (Since the rebar expands as it corrodes, a subsurface crack will typically occur in the concrete, thereby reducing the bond strength at the crack.)

Controlling corrosion in new construction
Proper design and construction is the best protection against corrosion in a new parking garage. Concrete that meets American Concrete Institute (ACI) guidelines (e.g. ACI 318, Building Code Requirements for Structural Concrete) for strength, density, and quality minimizes cracks and spalls due to freeze/thaw cycling, which tend to initiate corrosion by admitting water and dissolved salts to the level of reinforcing steel. Concrete that is too porous allows chloride ions to enter through capillaries formed during curing. This can be caused by numerous issues, including too much water used during mixing or poor concrete consolidation during placement.

You May Also Like  Honoring exceptional achievements in metal construction

Corrosion-inhibiting admixtures can be incorporated into the concrete mix to further defend against chloride ion attack. These proprietary products work in several ways. Some may reduce the rate at which chlorides and moisture enter concrete, while others adsorb onto the reinforcing steel to form a corrosion-resistant, passivating film.

Integral waterproofing admixtures prevent water and chloride ion penetration by reducing concrete permeability and blocking the pores in the concrete matrix. Hydrophobic admixtures form water-insoluble polymers that fill voids and capillaries within the concrete. Used alone or in conjunction with permeability-reducing compounds (e.g. fly ash, slag, silica fume, or treated silicates), hydrophobic admixtures prevent diffusion of ions through concrete and bind to the surface of steel reinforcement, forming a protective layer. Some products may be able to self-heal hairline cracks, but larger cracks can still admit water and lead to corrosion.