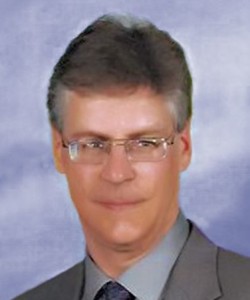 SPECIFICATIONS
By Kevin O’Beirne, PE, FCSI, CCS
You may perhaps be thinking: “Isn’t the title of this article a bit over-dramatic? I mean, ‘what constitutes the construction contract documents’ is about as basic and boring as it gets.” However, this is an important topic that is rarely well-appreciated by owners and design professionals, and one few in the design community think much about. In fact, the people who most contemplate this question are probably contractors’ attorneys.

Owners and design professionals always hope not to have to deal with lawyers on their projects. The last thing owners and design professionals want is for contractors’ barristers to pick through the construction contract documents trying to find loopholes to benefit their client. Imagine that on a project, your client (the owner) and you (the design professional) are engaged in an unpleasant claim with the contractor, who has already retained an attorney. The contractor’s lawyer announces, “This claim is over. The provision on which you’ve based your position—that the matter in question was already part of my client’s contractual work—was never actually part of the contract at all, because that item was never part of the contract documents.” You can probably feel your stomach drop at the thought.

This is what is referred to as a ‘fatal contractual flaw.’

What is a contract document?
Construction ‘Contract Documents’—a term usually indicated in their associated contract using initial capital letters—are the written documents defining the roles, responsibilities, and ‘Work’ (with another initial capital) under the construction contract. They are legally binding on the parties to the contract, usually the owner and contractor. If it is a contract document, the parties are bound by the obligations indicated therein.

Where should this all-important listing be located? American Institute of Architects (AIA) A521/Engineers Joint Contract Documents Committee (EJCDC) N-122, Uniform Location of Subject Matter (2012), jointly developed by the AIA and EJCDC with CSI’s support, indicates that the preferred location is the owner-contractor agreement. The standard contract documents of the AIA and EJCDC follow suit—see AIA A101-2007, Standard Form of Agreement Between Owner and Contractor (Stipulated Sum), and EJCDC C-520 (2013), Agreement Between Owner and Contractor for Construction Contract (Stipulated Price).

List it once, and once only
CSI’s well-known contract-writing axiom, “Say it once and in the right place,” is particularly important here, because indicating a requirement at only one location reduces the potential for conflicting provisions. In other words, if one lists what constitutes the contract documents at two locations and the two differ, a court or arbitration board is likely to rule that the governing provision is the one least onerous to the contractor. This may result in an unhappy owner and a design professional who may not work for that owner again.

Unfortunately, the enumeration of the contract documents is sometimes included multiple times in the construction contracts. One of this author’s favorite things to look for when reviewing non-standard construction documents (i.e. documents not written by an independent, non-profit organization such as the AIA or EJCDC) is to find each location where the contract documents are listed, as well as the inconsistencies between them. Most people would probably be surprised at how commonly such provisions are included in construction contracts, and how often they differ from other, similar provisions in the same contract.

Even the AIA’s 2007 documents do this, no less than in three different locations—in AIA A101-2007 at Articles 1 and 9 (twice in the same document), and in AIA A201-2007, Standard General Conditions of the Contract for Construction, at Section 1.1.1. Worse, there are differences between each of these.

In contrast, starting with its 2002 edition and continuing through the current 2013 edition, EJCDC’s Construction Series (C-series) Documents are better in this regard—what constitutes the contract documents is listed only once, at EJCDC C-520’s Article 9.

EJCDC C-700 (2013), Standard General Conditions of the Construction Contract, defines the term ‘Contract Documents,’ simply as: “Those items so designated in the Agreement, and which together comprise the Contract.”

EJCDC’s approach has thus reduced potential for conflicting interpretations of what comprises the contract documents.

Further, neither includes documents comprising the bidding requirements, which typically apply only to the bidding or procurement process but are not applicable after the contract is fully signed by the parties and made effective. The exception to this is that EJCDC allows, via optional language, inclusion of the contractor’s bid—typically only the list of bid items with their associated pricing—as an exhibit to the agreement for contracts that have numerous bid items. EJCDC includes such optional language primarily to reduce the potential for transcription errors when drafting the final owner-contractor agreement for signature. Contracts with numerous bid items are common in civil/sitework, where there are often many unit price items.

It is incumbent on the person preparing the final contract documents for signature, usually after the bids are opened and the contract is awarded, to carefully complete Article 9 of the owner-contractor agreement, and to ensure all required contract documents are properly and fully enumerated therein.

Correspondingly, when the final contract documents are assembled for signature by the parties, they should not include extraneous documents such as the bidding requirements (e.g. advertisement or invitation to bid, instructions to bidders, bid form, bid bond, or other bid form supplements). It is also important to delete such items from the project manual’s table of contents before finalizing the contract documents for signature.

You May Also Like  AIA launches new contract documents

Vaguely defined contract documents
This author has reviewed more than 100 owners’ non-standard construction documents, and has encountered many definitions of contract documents that are too vague to be effective, and which therefore increase the owner’s risk.

An example of undesirable vagueness from one such contract is, “the Contract Documents…include all exhibits, attachments, supplements, and all other such documents used as contract modifications.”

It could take opposing lawyers a very long time to argue various interpretations of such a provision.

Another problem frequently observed by this writer is requiring blanket compliance with referenced documents such as state or provincial Department of Transportation (DOT) standard specifications, but not indicating them in full or in specific part as contract documents. (This does not refer to compliance with cited reference standards such as ASTM or ANSI standards. Rather, multiple contracts reviewed by this author require blanket compliance with all associated state DOT standard specifications or similar regional or local standards.) Requiring such compliance with a comprehensive set of third-party documents—which often have their own general conditions-type provisions—may create contractual nightmares full of fatal contractual flaws. Figuring out which requirements apply in any resulting claims will take a long time, a lot of money, and the involvement of several lawyers and arbitrators.

This author has also observed a relatively prevalent practice of including ‘appendices’ in construction project manuals—perhaps as a means of adding information that the design professional does not otherwise know where to place. While appendices appear in construction documents, this author has never seen them listed in the owner-contractor agreement (or elsewhere) as being part of the contract documents. Are they a contractual obligation? That may be for a jury or arbitration board to decide, unless design professionals can avoid such vagueness when drafting the construction documents.

Bidding Requirements—The advertisement or invitation to bid, Instructions to Bidders, Bid Bond or other Bid security, if any, the Bid Form, and the Bid with any attachments …

Contract Documents—Those items so designated in the Agreement, and which together comprise the Contract …

Drawings—The part of the Contract that graphically shows the scope, extent, and character of the Work to be performed by Contractor …

Specifications—The part of the Contract that consists of written requirements for materials, equipment, systems, standards, and workmanship as applied to the Work, and certain administrative requirements and procedural matters applicable to the Work.

The definition of ‘Specifications’ does not include contract requirements such as the owner-contractor agreement, contract bonds, general conditions, or supplementary conditions; thus, such documents are not ‘Specifications.’

Note in the following definition from EJCDC C-700 (2013), ‘Shop Drawings’ are specifically not part of the contract documents:

Shop Drawings—All drawings, diagrams, illustrations, schedules, and other data or information that are specifically prepared or assembled by or for Contractor and submitted by Contractor to illustrate some portion of the Work. Shop Drawings, whether approved or not, are not Drawings and are not Contract Documents.

Project Manual—The written documents prepared for, or made available for, procuring and constructing the Work, including but not limited to the Bidding Documents or other construction procurement documents, geotechnical and existing conditions information, the Agreement, bond forms, General Conditions, Supplementary Conditions, and Specifications. The contents of the Project Manual may be bound in one or more volumes.

The AIA’s standard contract documents include definitions of most of the above terms, using language very similar to EJCDC’s. For corresponding AIA definitions, see AIA A101, AIA A201, and AIA A701, Instructions to Bidders.

Conclusion
It is crucial to indicate what constitutes the contract documents completely and clearly, and at only one location—preferably, the owner-contractor agreement. Owners and design professionals need to be cognizant of this matter, and properly draft the associated provisions. Failure to do so can mean unpleasant encounters with attorneys and significant embarrassment.

Kevin O’Beirne, PE, FCSI, CCS, CCCA, is a principal engineer and manager of standard construction documents at Arcadis in Buffalo, New York. He is a professional engineer licensed in New York and Pennsylvania, with 30 years of experience designing and constructing water and wastewater infrastructure. O’Beirne is an active member and past national chair of the Engineers Joint Contract Documents Committee (EJCDC), and is a member of CSI’s MasterFormat Maintenance Task Team. He can be reached at kevin.obeirne@arcadis.com[4].